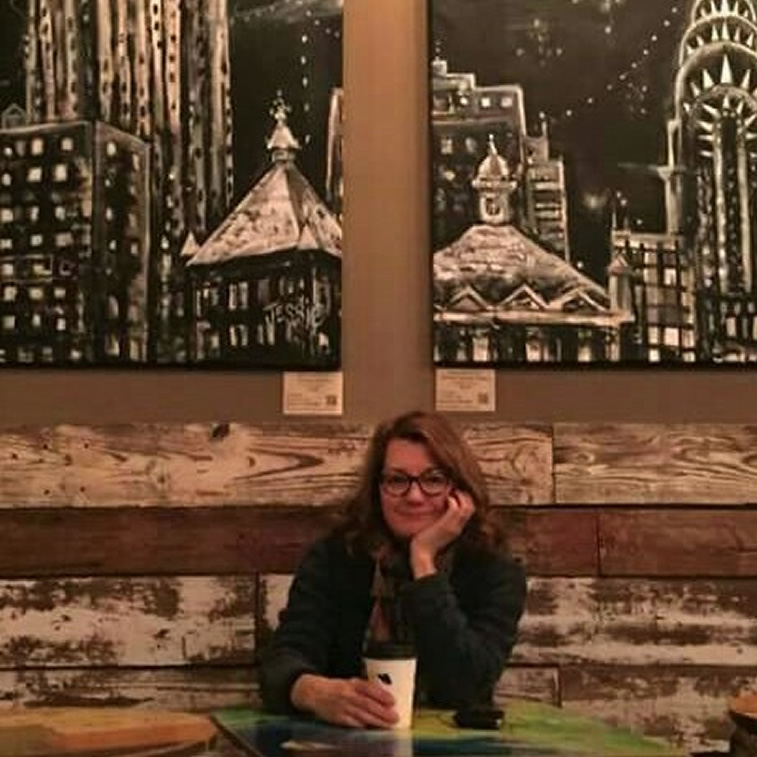 From 2007 to 2018, I had a gallery called Netherfield in Frenchtown, NJ and New Hope, PA. The Gallery closed in July of 2018.
Currently, my work can be seen at the Gray Dog Restaurants in New York City.

For much of my adult life, I lived in New York City.
I designed and painted sets for theater, music videos and special events. I also taught art to children and teenagers at LaGuardia High School and through Studio in a School, an arts in education program for the city's public schools.
From 2000 to 2007, I lived by the historic Gramercy Park in mid-town Manhattan, where I could be found at my easel painting, either in or around the park. The Gramercy Park paintings became the inspiration for creating greeting cards and the catalyst for three solo exhibits at the Kaufman Music Center, where I was their resident set designer.

My education included two years at Smith College and two years at The American Academy of Dramatic Arts. I eventually received a Degree in Art & Literature from the Gallatin School at NYU. A voracious student, I continued my studies at The Art Students League, where I learned the craft of painting.

I currently reside in Princeton, NJ, the town where I was raised.

For more, explore my ARCHIVES!

All of art, architecture, literature, poetry, theater, music, light, landscape, trees, the sea, the moon and stars, the face, love, loneliness, joy, sadness, and everything between.

The mediums I use depends upon my mood, which include: